A Method for Detecting Bacterial Endotoxins 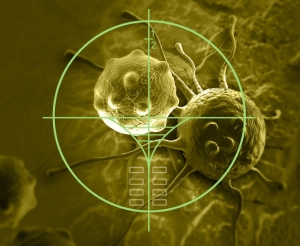 In the process of the development of pharmaceutical and biotech products, there must be assurance that there is no contamination with pyrogens during the process.

Obviously this requires that there be an important control indicator both in the raw materials used during the implementation of the various stages of the production process, as well as, the finished product.

The presence of these bacterial endotoxins; primarily lipopolysaccharides (LPS), which result from the metabolism of Gram- negative bacteria, can cause a manifestation of febrile concentrations ranging from 1-10 ng/kg of endotoxin that in some cases can lead to shock and ultimately death. There exists a variety of pyrogens, including lipoteichoic acid, peptidoglycan, endotoxins and some viruses, fungi, steroids and enterotoxins.

The method used for over 40 years to detect the presence of pyrogens was to evaluate the febrile response in rabbits. This method has remained transcendental without any modifications and its effectiveness was largely unchallenged. In this day and age, however, the main international regulatory institutions require control of pyrogens by the method of Limulus amebocyte lysate (LAL) testing for the approval and marketing of much of the pharmaceutical and biotechnology products designed to be administered parenterally. LAL testing has been shown to be a quick and practical method, with a high sensitivity and specificity for endotoxin.

On the other hand, one of the major disadvantages the rabbit Pyrogen test has shown is that the results are not directly related to the presence of bacterial endotoxins, but are also related to any substance that causes a febrile response in rabbits. In addition, any drug having any effect on the body’s temperature regulation center would affect the outcome of endotoxins found coexisting exclusively in the outer membrane of the cell wall of Gram-negative bacteria and are capable of withstanding heat treatment, as in the case of steam sterilization.

There are three main methods to detect the presence of endotoxins:

For each one of these there is a single purpose: to detect the presence of endotoxins.

Generally speaking, the gelling or gel-clot method involves the reaction between horseshoe crab hemolymph and endotoxin. It is a very useful and inexpensive test; proving to be less susceptible to inhibition, and requiring much simpler and less costly equipment. This method can provide quantitative or semi-quantitative results as a test limit.

The turbidimetric method involves the measurement of the increase in turbidity in a reaction mixture, which is caused by the increased concentration of insoluble coagulin and is monitored spectrophotometrically. The range where the linearity of the turbidity is related to the concentration of endotoxin in the sample is the finding that is typically looked for.

There exists a variation based on the principle of the turbidimetric method, but with kinetic characteristics, that is widely used today. It is the so-called kinetic turbidimetric assay (or KTA), which has the broadest detection range among the known methods. For the implementation of effective KTA testing, the Toxinometer ET- 6000 manufactured by Wako meets the highest standards of equipment used in this type of test, which was originally developed by Levin and Bang in 1968.

Chromogenic methods involve the use of a synthetic chromogenic colorless peptide substrate on the C-terminus arginine and a molecule involved in blood clotting that also causes the release of the yellow colored pNA molecule, resulting in a proportional response to the concentration of endotoxins in the sample. This method is expensive because of the need to use this chromogenic substrate, and this seems to limit its routine use.

Zhang and col. have developed a method based on obtaining a monoclonal antibody against peptide C LAL; which is a fragment of a 28-amino-acid coagulogen generating a new microtiter immunosorbent for endotoxins.

Other new procedures are underway and being developed, but the truth is that the value and validity of the ancestral LAL remains.