Interfering factors in the LAL test 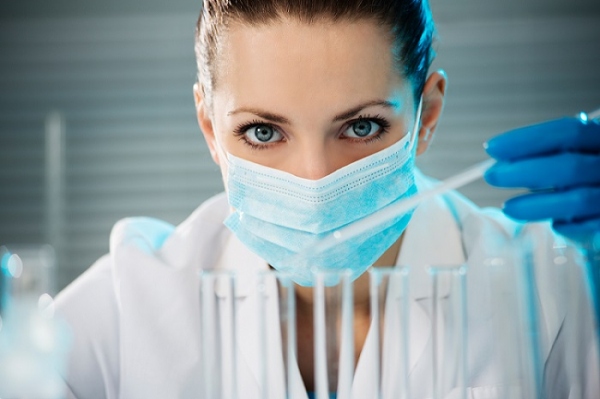 The Limulus Amebocyte Lysate test, known by its acronym "LAL", is used to determine the presence of bacterial endotoxins from the cellular wall of Gram-negative bacteria. The LAL test has been carried out since the discovery, more than six decades ago, of the fact that the blood of the horseshoe crab, Limulus Polyphemus, coagulates in the presence of bacterial endotoxins. Lipopolysaccharides, which are chemical species that are considered toxic upon producing the cell lysis of Gram-negative bacteria, activate a series of chain reactions that occur in the hemolymph of horseshoe crab, finally causing turbidity in the sample. This is the analytic signal used to develop the LAL test.

However, there are other factors that cause turbidity to appear in a sample containing Limulus amebocyte lysate, either because they activate the same series of reactions as endotoxins or due to another pathway, which also causes the formation of coagulin, the protein causing the gel formation, which causes turbidity to appear in the solution by undergoing the coagulation process.

Among the factors that interfere with the detection of endotoxins via the LAL test are:

VIEW ALSO: The determination of bacterial endotoxins: How to avoid the contamination of the samples during handling

In cases where the LAL test is carried out using the chromogenic method of detection, any factor that interferes with the color measurement of the sample is also considered to be an interference in the analysis. What most commonly occurs in these cases is that the test sample to be analysed contains a colored compound that absorbs in the spectral region where there is the absorption band of the coloring agent used in the measurement.

The test Wako has developed for the determination of endotoxins by the colorimetric method is the Limulus Color KY, which is sold as a kit for a single test or for multiple tests. It is based on a kinetic chromogenic procedure, given that color development is proportional to the amount of endotoxins present in the sample. The color measurement can be performed with a plate reader or a tube reader within the detection limit of 0.0002 UE/mL (which a single test contains) and 0.0005 UE/mL (which multiple tests contain).

The tests sold by the company "Wako" contain added glucans in the form of carboxymethylated curdlan in the mixture of reagents needed for the analysis. By adding the derivative of curdlan, the gelation process becomes insensitive to the presence of (1→3) -ß-D-glucans, and this characteristic is what the kits of the Pyrostar series use to eliminate this interference.

In addition to the kits for determining the presence of endotoxins by different methods, Wako sells a series of useful accessories and reagents to perform these tests, such as aluminium-cap tubes (Limulus Test Tube-S with Aluminum Cap), distilled water free of endotoxins (LRW) or control standard endotoxins (CSE).