The importance of the use of glucan in the LAL tests 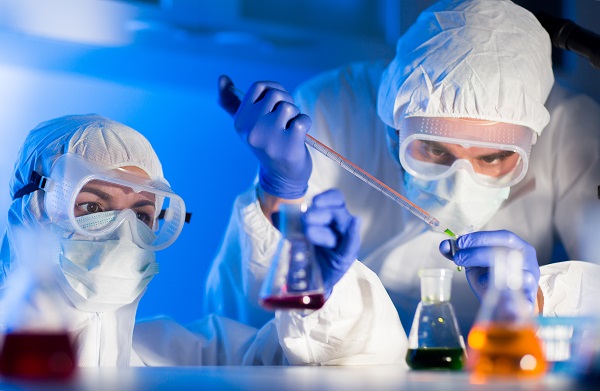 The presence of bacterial endotoxins in different media, dissolutions, laboratory material, air, among others, can be determined via the LAL (Limulus Amebocyte Lysate) test. This test has become very important in the industry and research in the last few decades, turning into the most reliable test for the detection of pyrogens. The LAL test is based on the chain of reactions which cause bacterial endotoxins, originating from the Gram-negative bacteria, in the hemolymph of the Limulus Polyphemus crab or the horseshoe crab, which is the common name by which this crab is known. The chain of reactions results in the coagulation of the hemolymph, which is the phenomenon that is used for analytic determination. However, there are other compounds which also cause the gelation in the amebocyte lysate of the horseshoe crab, leading to an interference in the test of bacterial endotoxins. Some of these compounds are (1,3)-β-D-glucans, which lead to false positives in the LAL test.

The (1,3)-β-D-glucans are polysaccharide compounds consisting of glucose monomers, particularly the monomers of D-glucose, linked via β-glycosidic bonds, which are produced by many prokaryote and eukaryotic organisms. One of the main sources of glucan contamination in laboratories comes from paper cellulose as these compounds are found in the cellular walls of tree cells. As the filtering operation is very frequent in laboratories and it is conducted on many occasions with cellulose filter paper, it is common that the samples studied for the detection of bacterial endotoxins contain (1,3)-β-D-glucans. The samples can also be contaminated upon contact with other organisms which produce glucans.

Glucans also have been regarded as pathogens in mammals, which is why in some research studies, it is not a problem that an altered result is obtained when conducting the LAL test due to the presence of glucans. Glucans are regarded as proinflammatory molecules with immunological activity, as well as being capable of activating the lymphocytes, macrophages and the complement cascade. However, in practice, the researcher often needs to know the concentration of bacterial endotoxins without the interference of glucans. This happens particularly when the LAL test is used as a method of pyrogen detection, since glucans, in general, are substances that do not cause fever.

READ ALSO: The Impact of Endotoxin on the Human Body

A positive result in the LAL test is recorded due to the gelation that occurs in the dissolution because of the formation of the coagulant protein, which is one of the substances obtained from the chain of defence reactions, which triggers the factor C present in the hemolymph of the crab before the presence of bacterial endotoxins. When the exogenous substances that are present are (1,3)-β-D-glucans, it is the factor G that is activated. However, this also leads to the production of the coagulant, which is why the result is the same as when there are bacterial endotoxins present in the dissolution. An alternative method to eliminate the interference of the glucans in the LAL test is to remove the factor G from the amebocyte lysate, which is the reactive part, or to inhibit the reaction that is produced between the factor G and the glucans.

The contaminant glucans can come from different organisms, such as the zymosan of yeast, the laminarin from algae, lentinan, which is used as an antitumoural drug and comes from the Shiitake Mushrooms or the curdlan which is produced by bacteria. In Wako, precisely the curdlan obtained from bacteria is used to conduct the methylation and obtain the carboxymethylated-curdlan, which, when added in great quantities to the medium where the LAL test is being conducted, prevents the glucans from interfering with the measures. Therefore, the tests available in Wako for the determination of bacterial endotoxins via the LAL test of the Pyrostar ES-F, Limulus Color KY and the Limulus PS series contain the carboxymethylated-curdlan in the mix of lyophilized reagents.

Other reagents and materials available in Wako for conducting the Limulus amebocyte lysate test are as follows:

There are other factors that can cause interference in the LAL method, such as the pH, a high concentration of salts or the presence of chelating proteins, such as heparin. However, these topics will be addressed in more detail in another article that we will publish shortly in this blog.