Bile contamination or Bacteriobilia, a risk factor in post-operative complications 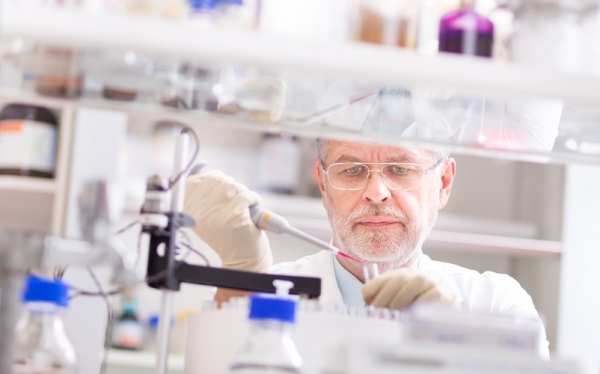 Bacterial endotoxins, as we already discussed in previous reviews, constitute the lipid part of the lipopolysaccharide molecule, which forms the outer membrane of the gram-negative bacterial cell, and they are an important factor in the pathogenicity of the microorganism. They are responsible for potentially life-threatening diseases, such as cholera and whooping cough, among others, and for pathological symptoms ranging from chills and fever to irreversible shock and death. They also form a rigid shield in bacteria which carry them, thus disabling the action of many of the antibiotics used to fight against infection.

In this article, we will discuss the contamination of micro-organisms, mainly Gram-negative bacteria in the bile duct, known as Bacteriobilia, which is a well known risk factor for post-operative complications of biliary/pancreatic procedures.

Bile is a liquid substance secreted by hepatocytes, comprised of water, bile salts, bilirubin, cholesterol, phospholipids and electrolytes. It functions as an excretion path to remove bilirubin and other waste products, in addition to promoting digestion and the absorption of fats in the intestine. Various anatomical and physiological mechanisms help the bile duct to be normally sterile. Bile flow promotes sterility itself due to components like bile salts, which are bacteriostatic, and also limits the translocation of bacterial endotoxins.

While the most commonly isolated micro-organisms in the bile are Gram-negative bacteria, with E. coli being the most common one, we must note the importance of lactic acid forming bacteria, such as Enterococcus spp., especially in the case of bile duct obstruction and liver transplantation.

YOU MAY ALSO BE INTERESTED IN THE FOLLOWING INFORMATION: Gram-negative bacteria: opportunistic infections in patients with HIV/AIDS

Studies into the risk factors for the development of bacteriobilia are heterogeneous and highly controversial. While some authors do not find a significant connection, others have found a relationship regarding some factors involved, such as the manipulation of the biliary duct before pancreatic surgery, gallstone disease, history of coronary disease, and others, such as being male or older. It has even been suggested that high BMI may be a protective factor in the development of biliary infections.

Bacteriobilia remains an unsolved problem. Some studies place it as a valuable candidate that can provide prognostic information, especially in the context of pancreatic surgery, while others have doubts as to whether the presence of bacteriobilia has an impact on the bad evolution of biliary disease or surgical procedures and on mortality rates.

There is an ongoing debate between the convenience of early treatment, at least in certain risk groups where the development of an infection can have unfortunate consequences, and the benefit of modifying surgical prophylaxis based on the type of the previously isolated microorganism.

Currently, controversy regarding the best diagnostic and therapeutic approach against the risk of infection is going on, as there are no specific recommendations for perioperative antimicrobial coverage for biliary/pancreatic procedures.

However, FUJIFILM Wako may contribute to the research carried out into this controversial issue. The brand “PYROSTAR™” of Wako provides specialised reagents and equipment for the detection, quantification and extraction of bacterial endotoxins.

Limulus Amebocyte Lysate (LAL) is the most sensitive method that is currently being used for the determination of bacterial endotoxins. Wako has developed a unique LAL test for endotoxins, which can be used either as a quantitative turbidimetric test (KTT) or as a qualitative gel test.

The PYROSTAR™ ES-F series is a new LAL preparation where carboxymethylated curdlan (CMC) has been co-lyophilized with LAL, resulting in an endotoxin-specific LAL reagent for determination without the interference of glucans in the sample. PYROSTAR™ ES-F has several kits for LAL endotoxin detection, with a quantitative range of 0.01 to 10 EU/ml in KTT.

In addition, the series has the PYROSTAR™ ES-F/Plate kit, designed for the quantitative detection of endotoxins by KTT, using a microplate reader instead of a toxinometer. The kit contains 4 multi-test vials (2.0 ml) with a sensitivity of 0.015 EU/ml and 1 vial of CSE.

The company “Wako” notes that these tests do not constitute a diagnostic instrument and that they should not be used to determine the levels of endotoxin in humans for this purpose.