Determination of endotoxins in the plasma via the LAL method 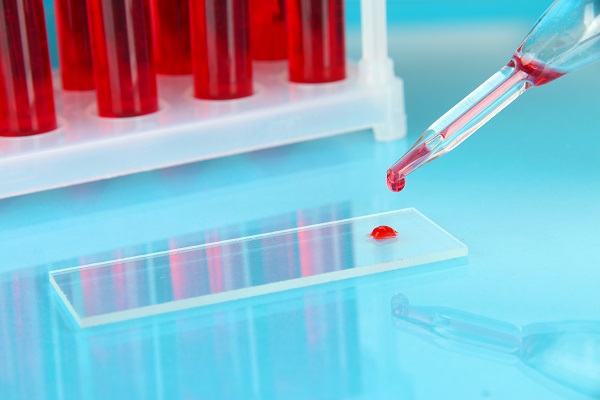 As we mentioned before in the other articles of this blog, The LAL (Limulus Amebocyte Lysate) test uses the hemolymph of the horsheshoe crab Limulus Polyphemus for the determination of bacterial endotoxins. Bacterial endotoxins are the most frequent pyrogens that can contaminate pharmacological samples and samples of other types. These bacterial endotoxins come from the Gram-negative bacteria, which are highly abundant in nature, which is why it is very common to see these lipopolysaccharides in any environment.

The presence of bacterial endotoxins in the plasma, as an evidence of the destruction of the cellular wall of the Gram-negative bacteria, has been associated with the possibility of the formation of adenomas precursor to colorectal cancer as well as other types of cancer and various diseases produced due to the imbalance of microbiota in the gastrointestinal tract. Scientists have studied the effects that could be produced by a high concentration of bacterial endotoxins in the plasma, arriving to the conclusion that these substances form the CD14 complex by binding to the LPS-binding proteins. In turn, CD14 activates the receptors that cause innate inflammatory responses. When these processes are produced, monocytes and macrophages are activated and pro-inflammatory cytokines, such as the tumour necrosis factor alpha and different types of interleukins, are segregated. Therefore, an abundance of Gram-negative bacteria in the intestinal microbiata would be able to lead to the formation of molecules responsible for cell proliferation and DNA damage, which lead to the formation of cancer. The detection of lipopolysaccharides (LPS) in the plasma as well as in other biological and laboratory samples can be achieved via the LAL method.

The other use of the detection of bacterial endotoxins in the plasma is the study of the Human Immunodeficiency Virus (HIV) turning into the disease which triggers the virus known as AIDS (Acquired Immune Deficiency Syndrome). It is thought that the activation of this virus disrupts intestinal immunity and causes the microbial translocation of bacterial products. The way in which this process can be measured is through the determination of LPS in the plasma. Through the LAL test, it has been confirmed that the people carrying the Human Immunodeficiency Virus present higher levels of plasmatic endotoxins. This fact is consistent with the studies conducted with primates, where it has also been observed that these animals have high levels of LPS in their blood when they carry the Simian Immunodeficiency Virus.

To conduct the Limulus Amebocyte Lysate test in the plasma, the colorimetric method is used. The gelification that is produced in the hemolymph of the horseshoe crab due to the presence of bacterial endotoxins can be quantified by using a colour-giving substance such as p-nitroaniline bound to a peptide molecule. The bond that is produced between the peptide and the p-nitroaniline is broken due to the chain of enzymatic reactions which trigger the LPS in the hemolymph, which has coagulin, the protein responsible for the formation of the gel that is characteristic of this reaction, as a final product. The concentration of the colour-giving substance in the environment is measured by using a spectrophotometer and it is proportional to the quantity of endotoxins present in the environment. The concentration of the colour-giving substance can be measured at fixed time intervals once the LAL reagent has been added to the plasma sample (which would give as a result what is known as the LAL test via the kinetic chromogenic method) or only one measurement can be made when the enzymatic reaction is finalized and the gel is already formed (in this case, we would be using the end point chromogenic method).

READ ALSO: The Detection of Endotoxins Via the LAL Test, the Chromogenic Method

The LAL Division sells a test called the Limulus Color KY Test to conduct the LAL test via the colorimetric method. With this test, quantitative measures can be made for the bacterial endotoxins contained in a sample.

When the LAL test is conducted in the plasma, blood samples are collected beforehand in tubes which already contain an EDTA dissolution, which prevents blood coagulation, and are then centrifuged. If the tubes are going to be stored before conducting the test, they should be kept at temperatures lower than 70º to prevent errors in the results. Another point to take into account is that the plasma should be free of red blood cells which are also another potential interference as they lead to false results when they are present in the samples.