How Does the LAL Assay Work? 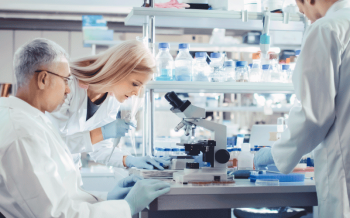 Gram-negative bacteria can cause a variety of illnesses, including many types of food poisoning, pneumonia, and sexually-transmitted diseases. These bacteria contain molecules called endotoxins in their cell walls. Even in the absence of living bacteria, residual endotoxins can be deadly when they contaminate pharmaceuticals or medical devices. Contact with endotoxins can trigger fever or even sepsis.

To avoid endotoxin contamination, companies utilize the Limulus amebocyte lysate (LAL) assay. The LAL assay is a simple and inexpensive, yet robust means to detect even low levels of endotoxins. The assay’s active ingredient comes from the horseshoe crab (Limulidae). The crabs’ hemolymph (a fluid analogous to blood) contains immune cells called amebocytes.

These amebocyte are the key to the LAL assay. Upon exposure to endotoxins, the amebocytes undergo a rapid chemical reaction that causes the cells to stick together and form a thick clot. In the horseshoe crab, this mechanism serves to wall off a pathogen and prevent it from spreading to the rest of the animal. However, we can take advantage of this process to detect endotoxins in medical products.

How does the clotting cascade work? The key players are three serine protease zymogens: factor C, factor B, and proclotting enzyme. Zymogens (also called proenzymes) are enzymes that are inactive in the absence of a certain stimulus—in this case, endotoxins. They must be cleaved in order to become activated.

Following endotoxin exposure, factor C cleaves itself, resulting in autoactivation. The now fully-activated factor C cleaves and activates factor B, which in turn cleaves and activates the proclotting enzyme. Finally, the active clotting enzyme cleaves another protein called coagulogen. Many molecules of cleaved coagulogen then aggregate together to form a clot. The reaction is highly efficient, forming a clot in only 90 seconds.

The LAL assay takes advantage of this chemical cascade. In its original form, the assay was qualitative: researchers simply looked for visible gel formation to determine endotoxin contamination. However, modern-day variations on the assay have greatly enhanced its reliability and sensitivity.

One quantitative version of the LAL assay uses a chromogenic readout, which relies on a substance called Boc-Leu-Gly-Arg-p-nitroanilide. The molecule’s amino acid sequence matches that of the site cleaved on coagulogen by the clotting enzyme. As a result, when the clotting enzyme is active, it cleaves the Boc-Leu-Gly-Arg tag and releases chromogenic p¬-nitroanilide. The absorbance of free p¬-nitroanilide can then be detected at 405 nm.

Another LAL variety uses a turbidimetric readout. Turbidity indicates the loss of transparency in an aqueous solution due to the presence of suspended solids. The more cloudy the liquid, the more solids are present. In the case of the LAL assay, the solids are gel clumps formed during the clotting reaction. When measured using an instrument such as Wako’s Toxinometer® ET-7000, the degree of clotting can be accurately quantified and used to calculate endotoxin content.

As described here, the endotoxin clotting cascade is a highly effective immune response that evolved over millions of years. Through modern technology, we can take advantage of this reaction to enable life-saving detection of endotoxins in medical products.