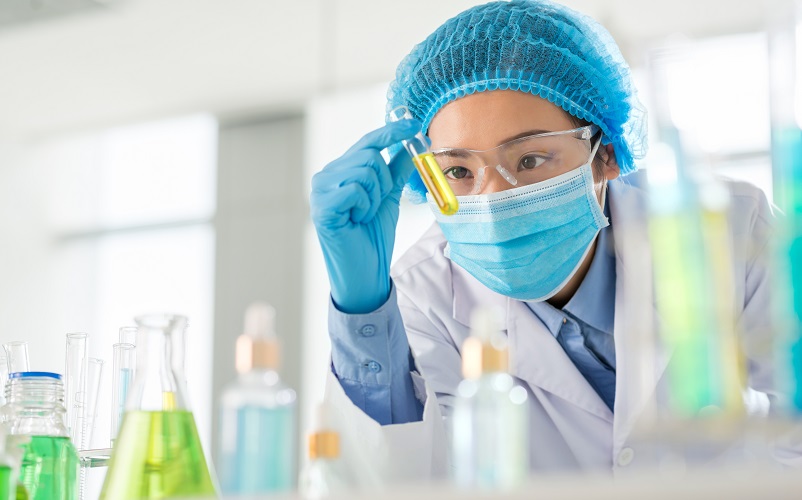 Kits for the LAL test via the Gel-Clot Method 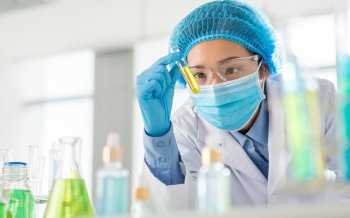 The amebocyte lysate extracted from the horseshoe crab is capable of detecting very little quantities of bacterial endotoxins, which makes it possible to develop kits with a very low limit of detection. The analytical signal used in the LAL test with the Gel-Clot method is gel formation.

The qualitative analysis with the Gel-Clot method is simpler and more economical; the gel formation indicates the presence of endotoxins and therefore, the positive result from the LAL test is detected at a glance. The detection limit of the LAL test, using the Gel-Clot method, is generally between 0.01 and 0.03 units of endotoxins per one milliliter of the solution used in the test. This limit of detection in the tests changes based on the manufacturer of the kit containing the LAL reagent. If the concentration of endotoxins in the environment is lower than the limit detection value that is being used, the solid gel that is created as a product of the contact of the amebocyte lysate with bacterial endotoxins does not get formed and remain intact with movement. Therefore, the qualitative LAL analysis is performed by rotating the test tube to check that the turbidity formed is a gel and that it does not disappear when the tube is moved. The Gel-Clot method can be used in a qualitative manner, providing positive results or negative ones if no gel is formed, as well as in a semi-quantitative fashion.

The series of products called “PYROSTAR ES-F”, which are offered to the market by the company “Fujifilm Wako”, is suitable for conducting the LAL test with the qualitative Gel-Clot method. The PYROSTAR ES-F line has different kits to conduct the test in a single tube, in plaques or at bigger scales, when it is necessary to check the purity of a series of samples. To eliminate the interference of the β-1,3-glucan, which is another polysaccharide found in the cell wall of bacteria and fungi and which, in small quantities, is able to interfere with the measurement of endotoxins, these kits contain a quantity of β-1,3-glucan at a higher concentration than what is usually found in environments where endotoxin analysis is performed and thus prevents this type of compound from acting as an interference. The kits marketed by Fujifilm Wako are to be used only in research and although the procedure to perform the tests is simple, they should be handled by trained personnel and with great caution. After incubating the tubes where the test is conducted at 37 degrees for an hour, the tests are rotated face down to see if the gel has formed or not. This way, the result of the analysis can be obtained in a qualitative manner.

In addition to the kits for conducting the LAL test, the PYROSTAR line also offers other products which allow us to obtain results of higher quality. For example, there are pyrogen-free test tubes which can be purchased with or without a lid and which are manufactured with high-quality borosilicates; the Control Standard Endotoxin (CSE), which is a lyophilized product comprised of 500ng of purified endotoxin from the strain of E. Coli UKT-B and which functions as a pattern to perform the calibration curves of the LAL tests; reagent-grade, endotoxin-free water to perform the LAL tests and the Toxinometer® ET-6000.