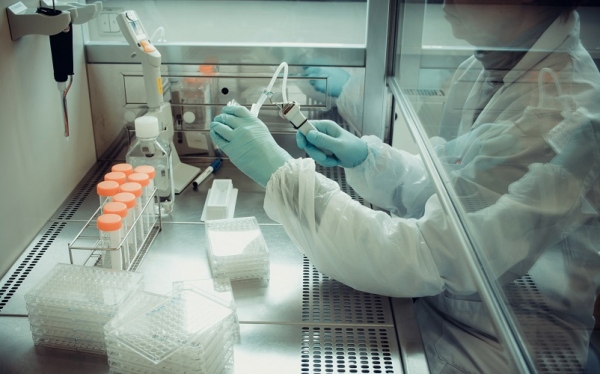 Lipopolysaccharide endotoxins or bacterial endotoxins are lipopolysaccharide molecules constituting the outer membrane of Gram-negative bacteria and they are released into the environment when cell lysis occurs. These molecules have a high level of toxicity in other organisms and therefore, they are called endotoxins. The damages that are produced in mammals upon intoxication with these substances still  continue to be studied. In this article, we will discuss the mechanisms by which endotoxins cause neuroinflammation and its consequences.

Lipopolysaccharide endotoxins (LPS) are formed by a lipid structure, commonly known as lipid A, and lipopolysaccharide chains, which have different lengths depending on the type of bacteria they originate from. These compounds are powerful activators of innate immunity. The main mechanism by which the LPS trigger this response is through the activation of receptor 4 (TLR4), expressed in innately immune cells caused by lipid A molecules. When activated, these receptors trigger the biosynthesis of various mediators of inflammation.

In the central nervous system (CNS), all cell types, including neurons, express at least one TLR. TLRs play a crucial role in the response of mammals against a pathogen. All TLR type receptors, including receptor 4, are expressed in microglia, which is where the innate immune response cells of the brain are located. Microglial activation is directly related to neuroinflammation, which is a condition that can have effects that are beneficial to the body, or harmful effects, such as when it lasts for a long time in neurodegenerative diseases. Due to the above-mentioned reasons, LPS can serve as models for studying neuroinflammation. There is also a hypothesis which suggests that inflammation resulting from viral infections is a possible trigger for the clinical onset of neurodegenerative diseases.

The LAL test (Limulus Amebocyte Lysate) is the method accepted by the international bodies responsible for monitoring toxins in food, medicine and the environment. The company Wako has developed a series of reagents useful for the detection of LPS in different types of samples. The brand of this line of products is PYROSTAR™. The line PYROSTAR™ includes kits of endotoxin detection by different methods through which this test can be performed; distilled water free of endotoxins and standard control endotoxin obtained from a bacterial strain of E. coli

The reagent kits of Wako for detecting LPS can be used for qualitative determination and some of them can also be used for the quantification of endotoxins. For instance:

One of the characteristics of the LAL test is that sometimes false positives are obtained due to the presence of β-1,3-glucans originating from Gram-positive bacteria. In the case of the Wako test, this interference is eliminated through the addition of carboxymethylated curdlan.

Among the accessories that form part of the PYROSTAR™ line, we see reaction tubes and endotoxin-free pipette tips. Furthermore, this line includes the Toxinometer® ET-6000, which allows for the reading of the analyses carried out by the three detection methods: the chromogenic method, the gel-clot method and the kinetic turbidimetric method. Having used the Toxinometer in LAL test measurements, researchers ensure that the sample is not contaminated easily and that it saves time since it is possible to perform the measurement of several tubes at once.