The Detection of Endotoxins Via the LAL Test, the Chromogenic Method 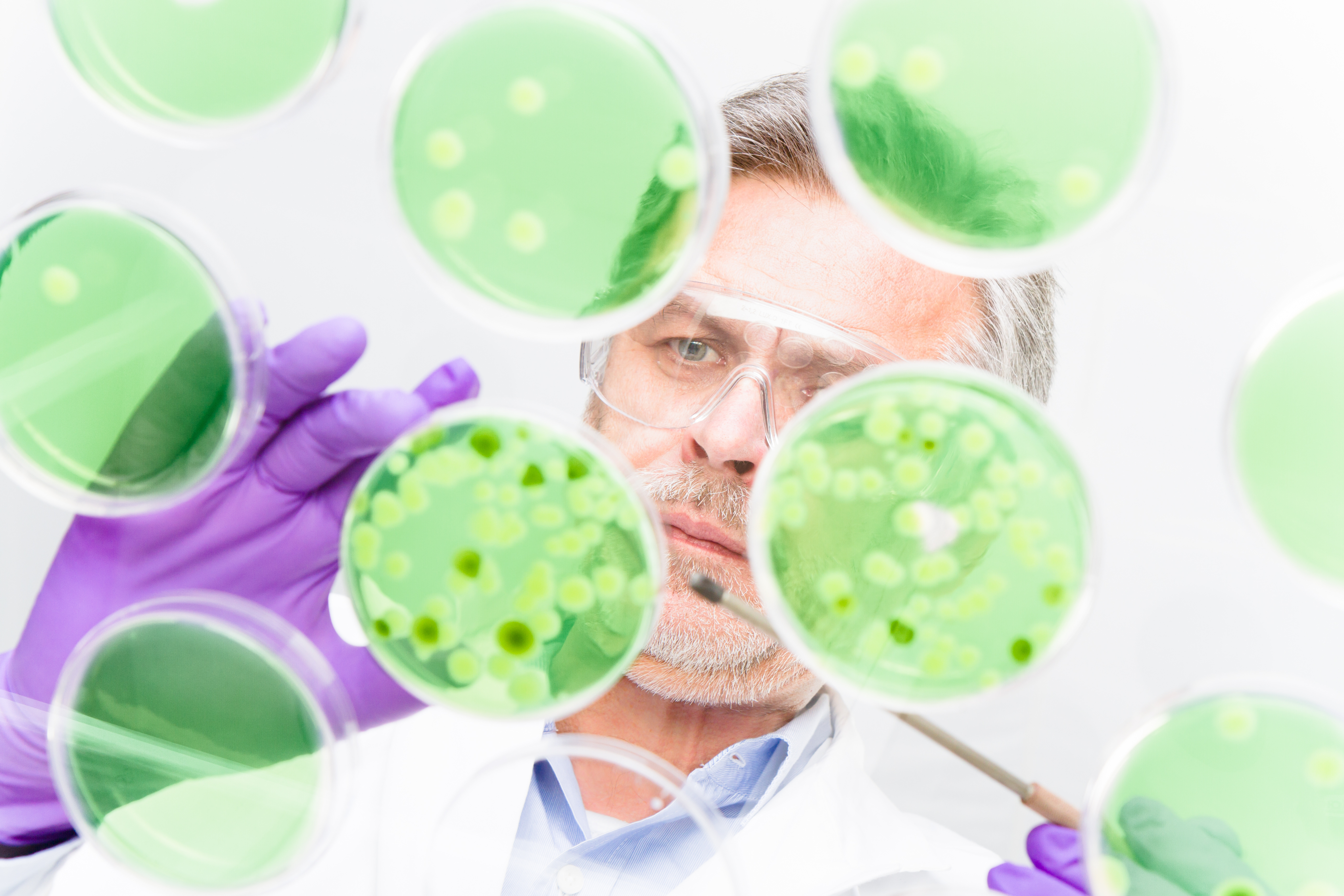 The detection of endotoxins via the LAL (LimulusAmebocyte Lysate) test is a technique that is used daily in research laboratories, above all in the laboratories where biological matters are researched, and particularly in biomedicine laboratories. This technique is also very common in the pharmaceutical industry, where it is used to check that medications do not contain endotoxins in their final formulation, and it is approved by most pharmacopoeias as the standard test of pyrogen control. It is also used in other types of industries that are susceptible to being contaminated by bacterial endotoxins. For instance, the test is of great use in the quality control of food and water. In the previous articles, we have already discussed the gelation and turbidimetric methods used in the LAL technique. In this article, we are going to be focusing on the chromogenic method as a form of quantifying the bacterial endotoxins that are present in the environment.

In chromogenic methods, it is known that there are optical analysis methods that allow for the measurement of the presence of an analyte (qualitative analysis) and its concentration in different environments (quantitative analysis) through color changes. Most chemical compounds are capable of interacting with light, which results in an analytical signal that is easily measurable. The optical methods of analysis are divided based on whether the changes are produced in the electromagnetic spectrum, which would refer to the spectroscopic methods, or if they are produced in the direction of the dissemination of light, which would refer to non-spectroscopic methods.

The optical spectroscopic methods include both those processes that are based on the absorption of light, where we see the so-called colorimetric and chromogenic methods and those that are related to the emission of light, fluorescence, X-ray emissions, phosphorescence, etc. In order to study the processes of light absorption, we use a spectrophotometer, where both transmitted light and absorbed light can be measured depending on what is more convenient for the user. It is more common to make absorbency measurements, which, based on the Beer–Lambert law, is proportional to the concentration of the species or absorbent species that are found in the solution.

The visible electromagnetic radiation is the one whose wavelength is found to be between 380 nm and 770 nm. The chromogenic methods of analysis are based on the use of the substances which absorb light in this range of the electromagnetic spectrum and which we know as colourants. There are many compounds that have their maximum points of absorption on the visible region, which is comprised of violet to red. The absorption band of a colourant changes in intensity in proportion with the concentration of this substance within the environment.

MORE ABOUT LAL: The necessity of LAL endotoxin testing

The bacterial endotoxin detection method using Limulus Amebocyte Lysate (LAL) was developed in the 1960s. Since then, it has served as a highly useful tool in both research and industry. Since the beginning of the century, it was known that the hemolymph of the crab Limulus Polyphemus went through a process of coagulation. Later, it was discovered that the coagulation of the hemolymph was caused by the Gram-negative bacteria, which triggered a series of enzymatic chain reactions. These enzymatic reactions occur in amobecytes due to the presence of the endotoxins that constitute the cellular wall of the Gram-negative bacteria and they result in the formation of the coagulant, the protein causing the process of coagulation.

VIEW ALSO The Rabbit and the Horse Shoe Crab

Later on, research into the enzymatic chain reactions that are produced in the amebocytes of Limulus indicated that these reactions are capable of breaking the peptide bonds that are found connected to the p-nitroaniline molecules. Upon the release of the p-nitroaniline, which is a yellow colourant, the solution becomes colored. By adding a peptide connected to p-nitroaniline to the LAL reagent in the presence of endotoxins, color is built up in the solution and therefore, the detection of endotoxins via a chromogenic method can take place. In this case, a spectrophotometer is needed to quantify the concentration of the released colourant, which is the product of the enzymatic reaction. This detection method could seem expensive due to the fact that it requires a spectrophotometer; however, it is not costly if you take into account that the spectrophotometer has various uses in any laboratory. Therefore, any equipment that is specific for this test would not be needed.

There are 2 ways to carry out the detection of bacterial endotoxins with the chromogenic method in the LAL test: the chromogenic endpoint method and the kinetic chromogenic method. The kinetic chromogenic method is based on the measurement of color at different intervals of time after the addition of the LAL reagent, which contains the chromogenic reagent, to the solution which could contain endotoxins. The advantages of this method are varied: it could be totally automated, it allows for the measurement of many samples in a short period of time and the results are processed easily. The main disadvantage is that many substances could cause interference: those that absorb around 400 nm, which is the zone where you find the absorption band of the p-nitroaniline, those that form chelates or denaturalise the proteins, etc. Moreover, we need to avoid using “cloudy” solutions, in order to make the measurement without errors that could be caused by turbidity in the absorbency data that is gathered.

The chromogenic endpoint method, as the name indicates, measures the appearance of color once the enzymatic reaction is over. According to the manufacturer of the LAL test kit, the enzymatic reaction is considered to be over when the period of incubation ends or after acidifying the solution. By using either of these two options, this method poses a disadvantage with respect to the kinetic one, and only a single measurement is made for each sample solution. Just as in the turbidimetric endpoint method, if the measurement is erroneous for any reason, we have to repeat the test; however, in the kinetic chromogenic method, various measurements of absorbency are collected at different times. Therefore, an error in a measurement does not mean that we need to conduct the whole test all over again. We can get a reliable result by discarding a point in the curve; however, the chromogenic endpoint method has an advantage in that in samples where interference could exist in the zone where the p-nitroaniline is absorbed, derivatives of this substance could be formed and therefore, it is possible to get another colourant in a zone where the measurement is more reproducible. For instance, there are LAL tests that use the formation of an azo compound of p-nitroaniline in order to make the measurement above 500 nm, a zone where there is usually less interference, and the formation of the azo compound allows us to reduce the detection limit of the test since the azo compounds have bands with a bigger extinction coefficient than p-nitroaniline.

We can also use the chromogenic endpoint method for the qualitative analysis of endotoxins via the LAL test. The appearance of color is observed by the naked eye, requiring less time of incubation than the method of gelation. Moreover, it avoids possible errors that could be made with the test via the gelation method due to the rupturing of the gel before or during the measurement.

Limulus Color KY Test for the detection of endotoxins

The Limulus Color KY Test marketed by Wako is designed to determine the quantity of bacterial endotoxins present in a sample in a quantitative manner. When the endotoxin reacts with the Limulus Amebocyte Lysate, a chromophore is released, which is responsible for colouring the sample and which allows for colorimetric detection. The quantity of endotoxins present is proportional to the quantity of the chromophore released and it is therefore proportional to the intensity of the absorption band responsible for the color.

This test has been used in many types of research since it first began to be sold. As an example, we can mention the following research: