The necessity of LAL endotoxin testing 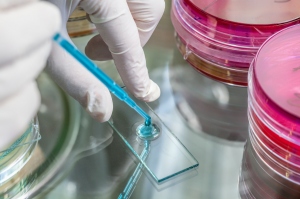 A history of tragedies is what gave birth to the need for Limulus Amebocyte Lysate (LAL) endotoxin testing in the food and medico-pharmaceutical industry today.

This is a history of unfortunate morbidities and mortalities and the role of endotoxin screening was set as a barrier to prevent these events from repeating again.

In 2010, Baxter, a world-wide leader and well-established giant in the pharmaceutical industry was discovered to harbour the presence of bacterial endotoxins in several of its products. Fortunately, the discovery of the contamination was made in an era where bacterial endotoxin screening was routinely done prior to circulating end products into the market. Thus, the necessary preventative measures were taken and a seriously disastrous event was avoided.

This incident clearly exemplifies the necessity and the absolute benefit of LAL reagents in preventing wide-scale disease outbreaks brought about by endotoxin contaminated products.

The Peanut Corporation of America wasn’t as fortunate. The company set the record for one of the largest product recalls in the history of the United States. In 2008, the peanut butter products of this company were contaminated by Salmonella, a gram-negative bacterium that produces endotoxin. The contaminated products were circulated nationwide and upon consumption, caused the illness of 200 and death in 9 individuals. As a result, Peanut Corporation of America was shut down in that same year and its officials were hounded by criminal litigations thereafter.

The repercussions of dispensing products to the general public, which are contaminated by bacteria and their endotoxin, are overwhelming. It is difficult to quantify the lives affected by death and disability. For any company on the side of error, this single mistake far outweighs any past, present and even future profits to be made. It overshadows any company’s existence or contribution.

The largest Salmonella outbreak in United States history happened in 1985 in Northern Illinois. The Hillfarm Dairy operated by Jewel Companies, Inc. produced milk that was contaminated by an antibiotic resistant Salmonella strain, S. typhimurium. The alleged number of individuals affected was more than 150,000. A staggering 16,000 cases were confirmed through laboratory testing for Salmonella and 9 persons were found to have died. The Hillfarm Dairy was inadvertently closed.

Another endotoxin producing bacteria notorious for food contamination outbreaks is Escherichia coli. E. coli is a natural inhabitant of the intestines of man and other mammals. Together with salmonella, E. coli accounts for the majority of cases of bacterial food poisoning.

The worst E. coli outbreak is recorded to be the 2011 outbreak that occurred in Northern Germany. Statistics reveal that 3,950 individuals were affected and 53 died from that outbreak. The E. coli strain responsible during that incident was found to be O104:H4. It was a unique strain that produced Shiga endotoxin that resulted in symptoms of bloody diarrhea and Hemolytic Uremic Syndrome (HUS). HUS is a group of diseases characterized by the destruction of red blood cells, kidney failure and decrease in platelets among other symptoms. Several investigations led authorities to the most likely source of the infection, Fenugreek sprouts either originating from a farm in Lower Saxony or imported from Egypt. The identified source of the food contamination was again shut down.

The endotoxins produced by Salmonella and E. coli, when introduced into the human body, trigger the immune system to respond and exert its effects through the initiation of several host defenses. These host defense systems include the complement cascade, the coagulation cascade and the inflammatory response. The complement cascade is responsible for recognition of the endotoxin, its processing and introduction to the immune system. The inflammatory response then mounts counter measures to eliminate or contain the endotoxin. Several metabolic products may be produced during these reactions recruiting all the pathways to react simultaneously. These pathways are responsible for bringing about the sensation of being unwell during a disease process. The immune system may be overwhelmed, or the response mounted may become excessive and continuous causing even more harm to the body. The coagulation system may produce blood clots which may block the blood supply and cause organ dysfunction. The clotting mechanism may also be depleted and the patient may have uncontrolled bleeding. The inflammatory system can produce fever, mild rashes or fatal anaphylactic shock. Uncontrolled effects of endotoxin on the body eventually lead to septic shock, multiple organ failure and death.

These are the threats posed to mankind by endotoxin contaminated products. For this reason, the US Food and Drug Administration (FDA), has approved the use of Limulus Amebocyte Lysate testing to detect the presence of endotoxins in manufactured products before they are sent out into the market. LAL testing has had this FDA approval for more than 30 years, and became a guideline through a Federal Register Notice (42 FR 57749) in 1977 stating that LAL be used as an End-Product Endotoxin Test for Human and Animal Parenteral Drugs, Biological Products, and Medical Devices. The obvious need for endotoxin screening extends the use of LAL detection systems in food and water products as well.

The Advantages Offered by the PYROSTAR™ LAL Products

Since the 1977 FDA guidelines were released, LAL has become the gold standard for endotoxin detection in commercial product preparations and therefore many companies have developed their own systems of LAL testing. The biggest drawback in selecting the best endotoxin system is variability. Variability is defined as the degree to which one data differs from the standard. It could also mean the degree to which one data differs from other data. In the case of LAL testing, it is more appropriate to describe variability as the difference in results among the different LAL preparations. Several factors contribute to variability. LAL is a biological test; the reagent itself is a biological product of the horse shoe crab. The endotoxin being tested is a biological product of gram negative bacteria. In comparison to chemical testing, biological testing has a lot of diverse factors which may increase variability.

Nearly all preparations of LAL reagents react not only with bacterial endotoxin, but with β-1, 3-glucan as well. β-1, 3-glucan is a naturally occurring polysaccharide that is present in other bacteria, plants and fungi. Any β-1, 3-glucan present in the test sample is sure to result in a positive result for the detection of endotoxin even when there are none present. This reduces the specificity of the test. To counter this cross reaction, some LAL preparations use buffers; however the presence of the buffer itself contributes to an increase in variability.

Endotoxin detection is done through 3 standard methods. There is the gel-clot, the turbidimetric and the chromogenic method. All three are available in the PYROSTAR™ product line as the gel-clot assay, Kinetic Turbidimetric Assay (KTA) and Kinetic Chromogenic Assay (KCA). The 3 methods vary from one another and each has its own range of detection with KCA notably having a very high sensitivity of up to 0.0002 Eu/ml for single test type and 0.0005 Eu/ml for multi test type. In addition, having the Toxinometer™ ET-6000 system, which allows for the automated reading of all three assays, makes the procedures convenient and effortless.

Gel-clot is the least susceptible to inhibition, which is the presence of any substance in the test sample that may decrease the detection of endotoxin and increase false negative results. To counteract this phenomenon, Wako developed the Limulus PS Single Test to allow for the testing of samples normally inhibitory to traditional LAL assays. It even allows testing to be done on fat-soluble vitamins, oils and fats if they can be dissolved in ethanol.

In summary, the WAKO PYROSTAR™ LAL products were developed to create a better endotoxin detection system that addresses the current problems with traditional LAL assays and offers the advantage of convenience, increased sensitivity and specificity and decreased variability.