The role of lipopolysaccharides of bacterial origin in liver diseases 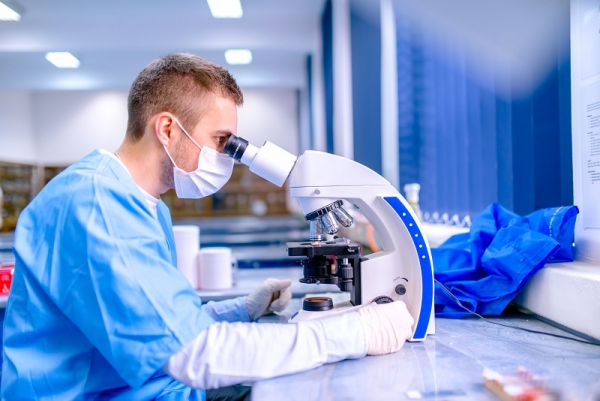 Scientists who study liver diseases have found a relationship between liver diseases and bacteria as well as intestinal products. In many cases, pathogenic bacteria that are found in the gastrointestinal tract of an individual are of the Gram-negative type, whose cellular wall has, among other components, lipopolysaccharides.

It is considered that in a person with an increased intestinal permeability, a syndrome that is also known as leaky gut by its English name, toxins are more likely to penetrate the body and lipopolysaccharides of bacterial origin are among these toxins. This passage of toxins through the intestine could trigger some of the most serious complications in patients with liver cirrhosis, such as spontaneous bacterial peritonitis. Liver patients do not have the same capacity for detoxification as healthy people, and the bacteria that penetrate the intestinal wall are not reduced as they passes through the liver. Therefore, they can cause, among other complications, peritonitis. Gram-negative bacteria (carriers of lipopolysaccharides), mainly enterobacteria, are those that are most often found in such cases.

The best method to control the cirrhosis in patients with advanced disease is to keep track of the endotoxemia of the patient. Although it is difficult to detect endotoxemia in blood samples, so far the test that correlates better with complications and mortality due to liver cirrhosis with endotoxemia is the LAL (Limulus Amebocyte Lysate) test. It was not until after 1980 that a correlation was found between high levels of endotoxemia quantified by the LAL test and liver cirrhosis.

There were many problems that arose in the determination of bacterial endotoxins in samples of blood plasma. However, the LAL method remains as the test that allows us to make these measurements. Even when the colorimetric techniques had already been developed and we could quantify the level of endotoxins in other samples with quite reliable results, it became complex to conduct the blood test with good reproducibility levels. The factors that have the biggest influence on achieving accurate measurements of endotoxemia in blood are the pretreatment of the sample, the way of measuring the standard curves for the analysis and the elimination of interference present in the plasma.

With the Limulus ES II Test of Wako, one can determine the presence of endotoxins in blood. This test is specific for endotoxins and is based on the turbidimetric method. While this test may not give a definitive result on endotoxemia associated with cirrhosis of the liver, it can be used in research laboratories where different aspects of this disease and the influence of endotoxins in the morbidity rates of the disease are being studied.

With the Limulus ES II test, we can make a quantitative measure of the amount of endotoxins present in a sample of blood plasma. These measures are conducted by the kinetic turbidimetric method. They are conducted at constant temperatures and with the use of a standard curve, which must be obtained in each test, under the guidance of the manufacturer. This test can be accompanied with the Toxinometer® ET-6000 device, which is a computerized system developed by the Wako’s LAL division to quantify bacterial endotoxins present in various samples.

Wako’s LAL division also has another type of test designed for use in microplate wells, the reagent PYROSTAR ™ ES-F / Plate, which is based on the same principle as the Limulus ES II test, which is why the detection method continues to be the turbidimetric method. Under no circumstances, should these tests be used for clinical analysis. They should only be used in research laboratories.

OTHER LAL PRODUCTS FOR SCIENTIFIC RESEARCH: