The presence of bacterial endotoxins in different media, solutions and laboratory materials can be determined by utilising the limulus amebocyte lysate (LAL) test. This assay, which is the compendia test for the examination of bacterial endotoxin in pharmaceutical products, has become an essential tool for both industry and research over the last few decades, and the most reliable test for the detection of pyrogens.

The biochemical basis of the LAL test involves the unique clotting mechanism initiated by amoebocytes from the blood of the Atlantic horseshoe crab (Limulus polyphemus) when exposed to gram- negative bacterial endotoxin. There is a speci c cascade associated with LAL that makes it possible to observe either qualitative or quantitative effects when endotoxin is present. The enzymatic reactions that occur along this cascade result in the conversion of amoebocyte coagulogen into a brinogen-like clotting protein, which forms a coagulin gel.1 A more detailed review of these reactions shows that the endotoxin interaction initiates Factor C ( rst serine protease precursor) from its inactivated form, which in turn activates Factor B (second serine protease precursor). The activated Factor B stimulates the clotting enzyme, converting it from a proclotting enzyme.

The clotting enzyme then cleaves peptide bonds within coagulogen to yield coagulin, the insoluble gel-forming protein produced in the gel clot assay. There are, however, other compounds which also cause the gelation in the amoebocyte lysate from the horseshoe crab, leading to an interference in the test of bacterial endotoxins. Some of these compounds are known as (1,3)-β-D- glucans, which can lead to false positives in the LAL test due to initiation of the clotting cascade when the glucans trigger the protease enzyme Factor G. To overcome this interference, the assay can be modi ed to include a wide range of glucan-blocking reagents.

The (1,3)-β-D-glucans are polysaccharide compounds consisting of glucose mono- mers, particularly the monomers of D-glucose, linked via β-glycosidic bonds, which are produced by many prokaryotic and eukaryotic organisms. One of the main sources of glucan contamination in laboratories comes from paper cellulose as these compounds are found in the cellular walls of tree cells. As ltering operations are a common process in most laboratories and are conducted on many occasions using cellulose lter paper, it is not unusual to nd that samples being tested for the presence of bacterial endotoxins contain (1,3)-β-D- glucans introduced by the bres of these same lters. In many cases, an examination of the lters fails to be completed prior to testing, allowing for the glucans to be leached from certain types that ultimately end up in the ltrate. Often, this problem is only detected through routine testing performed on the nished product using the LAL assay. The samples can also be contaminated upon contact with other organisms which produce glucans. The contaminant glucans can come from different sources, such as the zymosan of yeast, the laminarin from algae, lentinan from the shiitake mushrooms (often used as an antitumoral drug) and curdlan that is produced by bacteria.

β-glucans have also been regarded as pathogens in mammals and thus a serious concern of possible contamination in both bioprocessing and in blood products. High amounts of β-glucans in pharmaceutical end-products can illicit an immune response and so it is necessary to control their levels to prevent any associated reactions from occurring within the general public. The β-D-glucans, which have various effects on mammals, mediate the immune response by activating different receptors involved in proin ammatory reactions, such as those found on lymphocytes, macrophages and within the complement cascade. Generally, they are not digested in the intestine. They are substances that serve as an energy source for different microorganisms that live in the gastrointestinal tract through fermentation. These molecules have been used as a method of diagnosis for fungal infections in humans, as a food additive for their properties as prebiotics, and as immunomodulators. Studies have been conducted for their use as potential drugs due to their anti-carcinogenic effects and as cholesterol reducers through their ability to prevent the absorption of cholesterol from food in the stomach and intestines. Some of the β-glucans most widely studied are paramylon from Euglena gracilis and the curdlan, originating from Alcaligenes faecalis, for which a triple helix structure has been suggested.

In practice, a researcher or technician will often need to know the concentration of bacterial endotoxins without the inter- ference of glucans; most notably when the LAL test is used as a method of pyrogen detection, since glucans in general are substances that do not cause fever.

This can be of particular importance in the processes associated with haemodialysis treatment. Patients undergoing conventional haemodialysis three times per week are typically exposed to 300–600 litres of water depending on their prescription (Coulliette, 2013), with water comprising more than 90% of the dialysate (Layman-Amato, 2013). Therefore, the presence of contamination by gram-negative bacteria or associated endotoxin, in either the dialysis water or the dialysate itself, can certainly threaten the life and health of the patient. The presence of bacterial microorganisms in these uids can result in chronic in ammation, which can contribute to the emergence of cardiovascular disease, the leading cause of death for dialysis patients. On the other hand, fragments of endotoxins in the dialysate bath may pass through the dialyser membranes and result in symptoms of septicaemia, or give a pyrogenic reaction (Coulliette, 2013). Since the source of water used in haemodialysis consists basically of drinking water which has been carried through various levels of puri cation, being able to accurately monitor its quality is a vital aspect of haemodialysis treatment.2

When considering organ or stem cell transplant recipients who are commonly treated with immunosuppressive drugs, a signi cant level of morbidity and mortality has been shown to result from invasive fungal infections where the determination of β-D-glucan levels has been shown to be a useful tool in the presumptive diagnosis of these types of infections.3

When attempting to test for the presence of glucan, there are three widely recognised methods that are routinely utilised by industry today: base hydrolysis method, subtraction method or direct measurement.

When utilising base hydrolysis, sodium hydroxide is added to the test sample which is then held at 37°C for 12–15 hours to destroy any endotoxin that may be present. After adjusting the pH of the mixture with HCL, the sample can then be tested. If the subsequent LAL assay gives a positive result, then it would indicate that glucans and not endotoxin are present.

With the subtraction method, two different assays are utilised for the determination of endotoxin. One assay will incorporate a lysate that is either inherently endotoxin- specific or has been treated with a commercially available glucan blocker that will render the reagent unreactive to (1,3)-β-D-glucan interference by effectively blocking the Factor G pathway of the endotoxin clotting cascade. The other assay uses an untreated or unmodi ed lysate product. The difference between the two results is proportional to the amount of glucan present in the sample.

The direct measurement method, as the name implies, is a speci c and quantitative determination of the (1,3)-β-D-glucans through methods which inactivate endotoxin such as the use of a non-ionic detergent and polymyxin B or of a specially designed monoclonal antibody test against activated Factor C.1

Regardless of the testing method used, the research surrounding β-glucans continues to be of interest to pharmaceutical scientists around the world from both a clinical and manufacturing perspective. Unlike bacterial endotoxins, the levels of (1,3)-β-D- glucan contaminants in pharmaceutical products are currently not regulated and there is no compendial standard for their detection. In addition, there exists no fully harmonised approach available that allows

for the determination of acceptable levels. Nevertheless, there is a growing trend in the industry and among regulatory authorities worldwide to detect and quantify (1,3)-β-D- glucans, and to understand their true levels of safety.4

The signi cance of β-glucans as tools in the determination of fungal infections, as troublesome contaminants in pharma- ceutical manufacturing processes and as possible active ingredients in both current and future medications, has placed these diverse group of polysaccharides in a unique category that warrants further investigation. For routine testing in the quality control laboratory, it remains of vital importance to establish a reliable and reproducible method of testing so that any reaction can be examined to determine if the cause is indeed due to endotoxin or to the presence of (1,3)-β-D-glucan.1 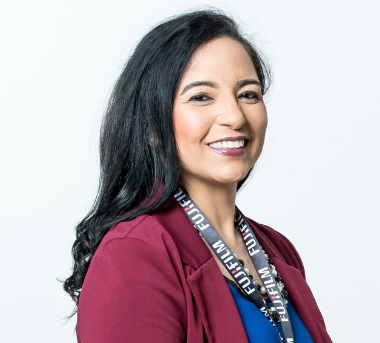 Lisa Komski is the Sales General Manager for the LAL Division of FUJIFILM Wako Chemicals U.S.A. Corporation. With a nearly 30-year career of working in the Chemicals and Life Science industries, she has established herself as a strong business development professional with a keen focus on customer service. As a child, Lisa dreamed of becoming a doctor, so having the opportunity to manage the PYROSTARTM line for the past 6 years has allowed her to be involved in a dynamic business that supports her lifelong passion to help protect the health and safety of others. Lisa holds degrees in Biology and Medical Technology and is also fluent in both the English and Spanish languages. When having the opportunity to take some personal time, Lisa enjoys family, friends, travel abroad and spoiling her adorable grandson. Contact Me - LinkedIn Profile