When culturing any kind of cells in a laboratory environment, avoiding contamination is always a chief concern. Biological contaminants are often the focus of such efforts, and they also can be the most straight-forward to detect and avoid.

For instance, most bacterial or fungal contamination can be visually detected in the cell culture media and prevented using antibiotic treatments. Other biological contaminants, such as mycoplasma or other cell lines, are more difficult to detect, but can still be monitored via commercially-available testing kits.

Non-immune cells can also be subject to dysregulation by endotoxins. Though endotoxins are classically viewed to act through the CD14 receptor, cells lacking this receptor can still show strong responses to endotoxin contamination. For instance, one study reported that cardiac myocytes experience contractile dysfunction upon exposure to endotoxins. Other studies have reported altered protein production in CHO cells and altered clonal efficiency in ureteral epithelial cells.

Additionally, the sensitivity of different cell lines to endotoxin contamination is highly variable. Some cell lines show dysregulation at less than 1 ng/mL of endotoxin, whereas others require much higher concentrations of up to 5000 ng/mL. It has also been theorized that cell lines grown for many years in culture (such as HeLa and CHO cells) may have been naturally selected for endotoxin resistance over time. Based on this, it is difficult to determine a universal safe threshold for endotoxin contamination.

Potential sources of endotoxin contamination include water, cell culture media, sera, glassware, and plasticware. Endotoxins are highly resistant to both autoclaving and irradiation, meaning they can be present even in the absence of viable bacteria. Their high hydrophobicity also gives them a strong affinity for plasticware.

When working with cells in culture, it is crucial to purchase low-endotoxin products when available. However, since endotoxin contamination can arise after opening reagents, or be transferred from glassware/plasticware, it is also important to perform regular endotoxin testing.

The most popular endotoxin testing option is the Limulus amebocyte lysate (LAL) assay, which is derived from the blood of horseshoe crabs. In the presence of endotoxins, an enzyme in the assay initiates a clotting cascade, which can be used to quantify endotoxin levels with high precision and sensitivity.

It is recommended to perform regular LAL testing on all cell culture reagents, particularly prior to any large-scale or crucial in vitro experiments. The ease and low cost required for the LAL assay makes it an ideal option for frequent endotoxin testing. 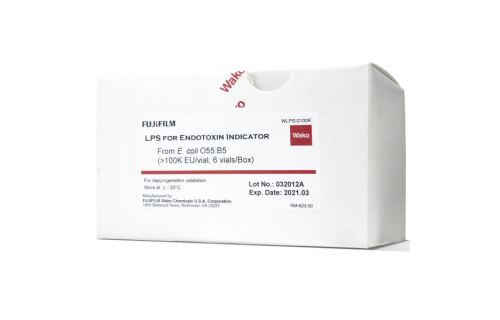