What are the various applications of the LAL method? 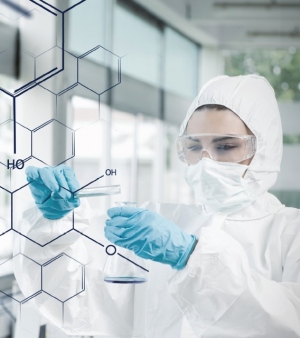 On wakopyrostar.com, we can find various products to conduct the detection of bacterial endotoxins via the application of the LAL technique (Limulus Amebocyte Lysate).

The Limulus Amebocyte Lysate technique is used for multiple applications in research studies and in the industry. In this article, we will describe some of these applications.

Bacterial endotoxins are lipopolysaccharides (LPS) that constitute the external membrane of the Gram-negative bacteria and they are released into the environment when cell lysis occurs. These endotoxins are extremely toxic on mammals, including humans, which is why determining their presence has become a goal of great medical and social importance.

The origins of the LAL technique

In the year 1965, an American researcher named Frederick B. Bang observed that the crabs "Limulus polyphemus", with which he was conducting an experiment, died due to Gram-negative bacteria infections, even when these bacteria were no longer alive. Subsequently, along with Jack Levin, Bang continued to study this phenomenon and they discovered that the hemolymph of the crab coagulated upon contact with the endotoxins.

In the early 70s, James F. Cooper was the first to apply the LAL technique for the determination of bacterial endotoxins in a parenteral formulation. In a sample of radio-pharmaceuticals having short half-lives, the presence of LPS could not be evaluated by the pyrogen detection method in rabbits, which was the standard used at the time. The pyrogen method on rabbits had the disadvantage of an extremely long testing time and in this case, the test on rabbits took more time than the half-life of the radio-pharmaceuticals. Using the test that was carried out by Cooper, it was demonstrated that the LAL technique could be substituted for the method that used the rabbits and furthermore, the LAL technique proved to be 10 times more sensitive. The LAL method began to prevail in the industry and in research laboratories as it was more rapid, it utilized samples of smaller volume and it was more specific for bacterial endotoxins.

In the year 1977, the first application of the LAL technique using the chromogenic method of detection was already reported. ( Nakamura, S., T. Morita, S. Iwanaga, M. Niwa, and K. Taka- hashi. 1977. A sensitive substrate for the clotting enzyme in horseshoe crab hemocytes. J. Biochem. 81:1567-1569. ) However, it was not until 1984 that Urbaschek and his colleagues discovered a kinetic chromogenic method that made it possible to conduct the detection of endotoxins from the data of color changes taking place within an hour. (Urbaschek, B., B. Ditter, K.-P. Becker, and R. Urbaschek. 1984. Protective effects and role of endotoxin in experimental septicemia. Circ. Shock 14:209-222.) These first reported methods had a disadvantage in that the determination occurred in multiple phases, occasionally worked only for a low concentration of endotoxins and had limited detection ranges. All these problems have been resolved and, in the market, there are already products like the Limulus Color KY kit from Wako, which allow for the detection of endotoxins in a quantitative manner and with great precision, based on the colorimetric method.

Applications of the LAL test in the pharmaceutical industry

Among the most well-known and important applications of the LAL test are the ones related to the pharmaceutical industry. It can be said that the most common pyrogens in pharmaceutical products are endotoxins, which is why the pyrogen tests on rabbits have been replaced by the LAL test according to the recommendations of the international pharmacopoeia. One of the reasons that has made the LAL test prevail in the pharmaceutical industry is the careful avoidance by the LAL manufacturers of bringing harm to live animals during both production and testing. It is important to clarify that the crabs, from which part of the hemolymph used for the LAL test was extracted, are returned to alive to their natural habitat with no lasting problems after the extraction.

Due to their pharmacological effect, certain cytostatics, corticosteroids, some sedatives, phenothiazine derivatives, antipyretics and anesthetics, among others, did not prove to be feasible in detecting the presence of LPS by the method using rabbits, given that they mask the pyrogenic potential of the samples. In these cases, the LAL test has made it possible to conduct the detection of the endotoxins without any problems. Moreover, there is research, such as that of Morote and colleagues, that points to the usefulness of applying the determination of bacterial endotoxins via the LAL test on radiodiagnostic agents and radioisotopes used in clinical analyses. (Morote, et al., Congress of the Association of the Latin American Societies of Nuclear Medicine and Biology, Lima (Perú); 26-30 Oct. 1997.)

For use in research related to drugs, Wako offers to the researchers the kit PYROSTAR™ ES-F, with which one can quantitatively determine the presence of endotoxins via the kinetic turbidimetric method using either a microplate reader or with the Toxinometer™ tube reader and its corresponding software. In these kits, a high concentration of β-1,3-glucan, a polysaccharide, which in lower concentrations acts as an interfering element in the determination of bacterial endotoxins, is added making the reagent completely endotoxin specific. The PYROSTAR™ ES-F may also be used for qualitative analysis by the Gel-Clot method.

Applications in the quality control of water and food

Some Gram-negative bacteria form part of marine sediments, which is why it is important to control the quality of water to rule out the presence of toxins. Another application reported by Jorgensen and his collaborators for the LAL test is related to the evaluation of the quality of water for human consumption. This method has also been used in the quality control of residual waters following treatment.

In the food industry, the Limulus Amebocyte Lysate test is used for the quality control of raw meat and other meat products; milk and dairy products; fish and a great variety of food. There are many methods for bacterial control in food, but one of the advantages of the LAL test is that it has been automated and there are products in the market like the Wako Toxinometer™ ET-6000, which make it possible to carry out the determination in a short period of time, as research with food products requires in many occasions.

Among the other applications of the LAL test, we find the evaluation of septic shock conducted by researchers in the study of different strains of the Gram-negative bacteria. The Limulus Amebocyte Lysate test is also used in research related to the cosmetic industry and some studies have even been reported to use the LAL test to study the bacterial population in orbital stations.