The Impact of Endotoxin on the Human Body

Endotoxin is a form of sugar. It is a structure composed of lipids and sugar complexes. This structure is called a lipopolysaccharide or LPS.

LPS is also called an endotoxin because it is a toxin located inside the bacterial cell. It was originally theorized that endotoxin is released once the bacteria dies. It is now a known fact that bacteria release small amounts of endotoxin as a part of their normal metabolism although the majority are still retained inside the cell.

LPS is structurally divided into three main parts, the O-antigen, the Core oligosaccharide and Lipid-A. The outermost structure is the O-antigen. It is called an antigen because it is the target for recognition for the host or human immune response. The O-antigen is a repetitive sequence of glycans. This sequence is variable and produces different kinds of O-antigens. There are 160 known types in the bacteria E. coli alone. Biologic differences such as these contribute to the overall variability in the testing of LAL.

The core domain simply contains multiple sugar chains as well as some non-carbohydrate components while the Lipid-A molecule is the least variable component of LPS. It anchors the LPS to the cell wall. Once the cell wall is degraded, Lipid-A is released from the bacterial cell and is the component responsible for the toxic effects of LPS on the human body.

Once inside the body, natural defense cells like macrophages and monocytes recognize the bacteria as foreign. This recognition process is mediated by the antigens in bacteria which include the O-antigen of LPS. The bacteria may sometimes evade destruction but are normally degraded by our defense cells. The endotoxins located within the bacteria are then released into the circulation and exert their deleterious effects. The defense cells of our body also release substances which may stimulate pathways that compound the negative effects of endotoxins.

The inflammatory response is mediated through the release of substances which include the cytokines interleukins, prostaglandins and tumor necrosis factor. Interleukins are pyrogenic, they cause the febrile response. Aside from inflammation, these substances also mediate the shock response.

The coagulation pathway is also activated. There is generally aggregation of platelets, dilatation of the blood vessels and increased leakage of the vessel walls. The substrates required to form a blood clot may be diminished or depleted in endotoxemia. This depletion, along with vessel dilatation and increased leakage contributes to the occurrence of hemorrhages in bacterial infection.

Bordetella pertussis is the causative agent for the disease, whooping cough. Prior to the development of its vaccine, this bacterium had a high infection and mortality rate. B. pertussis produces the pertussis toxin which has the ability to inhibit the immune system. It is primarily an infection of the respiratory tract and may produce symptoms similar to the common cold. It is characterized by a whooping sound when the infected person breathes in.

Neisseria meningitides is a bacterium which causes meningitis and meningococcemia. Meningitis is the infection of the meninges or lining of the brain and spinal cord. The meninges become inflamed and can increase the pressure on the brain. Symptoms of meningitis can include stiff neck, fever, head ache, altered mental status and seizures. Meningococcemia is the infection of this bacterium of the blood stream. Symptoms of meningococcemia can include fever, joint pains, chills, and even disseminated intravascular coagulation (DIC), characterized by the formation of small blood clots from within the blood vessels that can obstruct blood flow. The infected person can have petechiae or small multiple hemorrhages under the skin, bruising and severe uncontrolled hemorrhage.

Another Neisseria species, N. gonorrhea is known to cause the sexually transmitted disease, gonorrhea. Symptoms of gonorrhea may vary depending on the organ infected. It may cause blindness in eye infections, purulent discharge from the genitals and severe systemic infection. N. gonorrhea releases blebs or bubbles containing LPS during its growth. The LPS is theorized to cause the disease process in gonorrhea.

The Shiga toxin was described in the worst E. coli outbreak of 2011 in Germany. The E. coli strain was O104:H4 which produced an endotoxin that caused bloody diarrhea. The Shiga toxin is also the known toxin for the bacterium that causes dysentery, Shigella dysenteriae. The symptoms may include diarrhea that may become bloody, abdominal pains and bloody urine. S. dysenteariae causes one of the worst forms of dysentery. The bacteria and the endotoxin can be spread through contaminated food and water and is often related to unwashed hands during food preparation. The bacteria S. dysenteriae and its endotoxin is therefore an important target of LAL detection especially in the food and water industry.

Cholera is a disease which causes watery diarrhea. The bacterium which causes this disease is Vibrio cholerae. V. cholerae secretes a toxin which leads to disease progression in humans. The disease may manifest as abrupt watery diarrhea accompanied by abdominal pains and vomiting. The worst spectrum of the disease is called cholera gravis and can even be fatal to untreated patients, especially children. The bacteria and its toxin may be spread by contaminated water. Other modes of spread include contaminated fish, shellfish and other food that have not been properly treated. People are natural carriers of V. cholera as well so transmission may also be caused by improper hand washing and food handling.

The most commonly known contaminants of food are Salmonella typhi, the causative agent for the disease typhoid fever and Escherichia coli. S. typhi is a natural parasite of humans. E. coli is a natural inhabitant of the human digestive tract. The harmless strains of E. coli are necessary for the production of Vitamin K; however, there are strains of E. coli which can harm the body like the Shiga toxin producing O104:H4. Most of the disease progression in these toxin producing bacteria noticeably require transmission through contaminated commercial products especially food and water. The adverse effects of infection can be quite severe. It can be compounded to an even greater degree by mass distribution affecting multiple individuals at any given time.

Understanding this disease process leads to the obvious benefit brought about by LAL endotoxin testing prior to the distribution stage of commercially prepared products which interact with the human body. 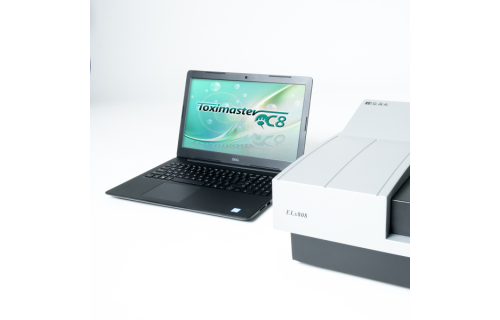