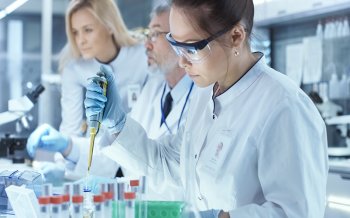 Most of us have experienced a fever at some point in our lives. When our body temperature rises above its typical 98.6 F (37 C), we experience symptoms such as sweating, chills, and weakness. But why do we experience fevers, and how are they triggered by pyrogens?

Biology of the Fever Response

Fever is often viewed as a harmful symptom resulting from infections. However, the fever response is actually a complex phenomenon that evolved over more than 600 million years to kill infectious agents. This is because many pathogens require a specific temperature range in order to survive and reproduce. Thus, by increasing the human body temperature above its normal range, the pathogens may be weakened enough for the immune system to finish them off.

The first step in the fever response is detection of the invading pathogen. Let's take E. coli, one of the common causes of food poisoning, as an example. The outer cell wall of E. coli contains a molecule called lipopolysaccharide (LPS), which is recognized by various immune cells via Toll-like receptors. These cells become activated when they sense LPS.

Two of these pyrogenic cytokines are called interleukin-1 (IL-1) and IL-6. They travel through the bloodstream until they reach a part of the brain called the hypothalamus. There, the cytokines interact with endothelial cells lining the cerebral blood vessels and stimulate another signaling molecule called cyclooxygenase-2 (COX-2).  COX-2, in turn, catalyzes the production of prostaglandin E2 (PGE2), which is transported into the brain.

PGE2 is the master regulator of the brain's fever response. When it binds to neurons that express the PGE2 receptor, these neurons trigger the sympathetic immune system to release norepinephrine. Norepinephrine then increases thermogenesis via burning brown adipose tissue and promotes vasoconstriction, thereby elevating body temperature.

The Dangers of Pyrogen Exposure

Under ideal conditions, the fever response weakens invading pathogens enough for the immune system to kill them off. However, an increase in body temperature is dangerous for our own cells as well, particularly at temperatures above 105 F (40.5 C). This can cause proteins in our cells to denature, leading to cellular stress. Prolonged fevers can result in dehydration, seizures, or delirium. In extreme cases, a severe fever can ultimately lead to death.

One of the problems with external pyrogens, such as LPS (also called endotoxin), is that they can be present in the absence of viable pathogens. LPS is highly heat-stable; as a result, many common sterilization methods, such as autoclaving or dry heat, can leave enough intact LPS behind to trigger an immune response.

LPS contamination is a significant problem in the medical, pharmaceutical, and biotechnology sectors. Even in the absence of living bacteria, the residual LPS can trigger a fever. High levels of contamination can elicit a severe immune reaction called sepsis. Approximately half of all sepsis patients will go on to experience septic shock, which has a 30-45% mortality rate.

As a result of these risks, endotoxin levels are tightly regulated by the FDA. These limits depend on the route of administration. For example, parenterally-injected drugs must contain less than 5 endotoxin units (EU) per kg of body weight, while intrathecal drugs have a limit of 0.2 EU/kg. Medical devices have an upper limit of 20 EU/kg.

An efficient, robust method for quantifying endotoxin contamination is the Limulus amebocyte lysate (LAL) assay, which utilizes blood from the horseshoe crab. This blood undergoes a clotting reaction upon exposure to endotoxin, and the degree of clotting can be quantified to yield a highly accurate estimate of endotoxin levels. For this reason, the LAL assay is the recommended endotoxin testing method by the FDA.

In conclusion, the fever response is a powerful tool in the human body's ability to fight off harmful pathogens. However, in the case of endotoxin contamination, the fever response can work against us and be potentially deadly. Thus, it is vital that pharmaceuticals and medical devices are thoroughly tested for endotoxin levels to ensure they are within safe limits.