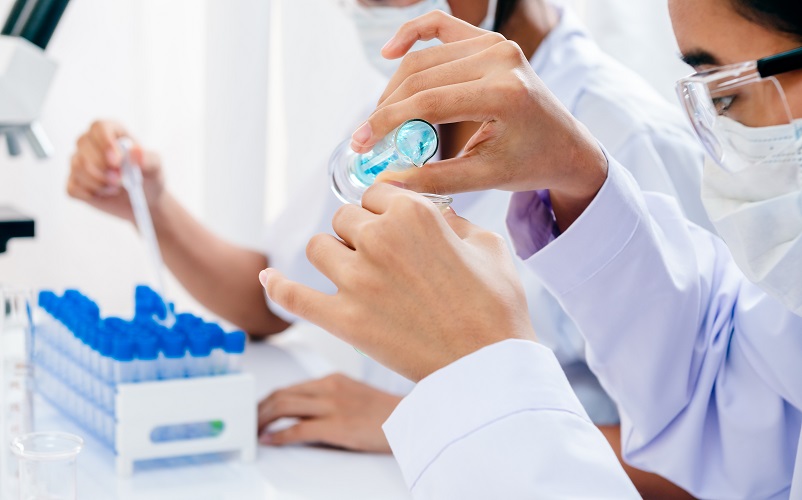 The (1,3) -β-D-glucan is a polysaccharide found in a variety of plants, fungi and bacteria. This polymer can be found substituted in different positions of the chain, and occurs naturally in different configurations based on the species, depending on the substituents which have the structure and their spatial position relative to the other groups in the chain.

The β-D-glucans, which have different effects on mammals, are mediators of the immune response, acting by activating different receptors of the proinflammatory response. Generally, they are not digested in the intestine. They are substances that serve as an energy source for different micro-organisms that live in the gastrointestinal tract through fermentation. These molecules have been used as a method of diagnosis for fungal infections in humans, as a food additive for their properties as prebiotics and as immunomodulators. Studies have been conducted for their use as potential drugs due to their anti-carcinogenic effects and as cholesterol reducers, etc. Some of the β-glucans most widely studied, such as Paramylon, from Euglena gracilis and the curdlan, originating from Alcaligenes faecalis, for which a triple helix structure has been suggested.

The LAL test is used for the detection of bacterial endotoxins, lipopolysaccharides, which, like the β-D-glucans, are part of the cell wall of Gram-negative bacteria. To perform the LAL test (Limulus Amebocyte Lysate), the hemolymph of the Limulus polyphemus crab or horseshoe crab is used; hence the name of the test. The amebocytes contained in the hemolymph of this crab respond to a series of chain reactions to the presence of endotoxins, as a defense mechanism against these highly toxic substances. Immune reactions cause the coagulation of proteins, which is the phenomenon used as the analytical signal in the LAL test.

In the horseshoe crab, the β-D-glucans, as in mammals, also activate the receptors of the immune system leading to coagulation. Therefore, they are one of the main interferences in the determination of bacterial endotoxins. The Wako’s LAL Division has solved this problem by adding carboxymethylated curdlan in freeze-dried reagents which form part of the kits distributed to conduct the LAL test. The researchers of this company found that when carboxymethylated curdlan is found in high concentrations in the solution in which endotoxin detection is performed, it stops triggering an interference in the test, which becomes a specific test for endotoxins.

The kits of Wako are sold through the brand PYROSTAR™ and can be purchased for research purposes on the website. As can be seen on the website, the company sells reagents, including kits for the quantification of endotoxins by different detection methods, such as endotoxin-free distilled water or extractor solution for endotoxins and accessories that complement the reagents for the LAL test. The accessories for the LAL test are both those of the BioClean® Series (which has tubes, pipette tips, etc.) such as the standard control endotoxin or the Toxinometer® ET-6000, which we talk about in another article.

REAGENTS FOR THE LAL TEST